NOW is the time for rosewood courts

Rosewood Courts, the first public housing project for African Americans in the country, has been home to residents with low-income in East Austin since 1939. Rosewood was built with non-insulated cinder block walls, narrow doors too small for wheelchairs, and no central air conditioning or heating. The eighty-year-old buildings have outlived their usefulness as repairs and maintenance have become difficult and costly. The residents of Rosewood have waited long enough for a better quality of life. That’s why NOW is the time for Rosewood Courts.

UPDATE: We are happy to announce that we officially closed on the Pathways at Rosewood Courts on November 10, and are looking forward to beginning the renovation and new construction soon.  An official groundbreaking ceremony is scheduled for December 15, 2022 at 10 a.m.  We will be sharing more information on this website as it comes available.  For now, feel free to view the latest plans for the future of Rosewood, submit public comment HERE, and read the latest information for residents and community neighbors. For more information or questions, email rosewoodnow@hacanet.org.

Built on Legacy and Focused on the Future

Rosewood Courts was established in 1939 as part of the New Deal, which was lobbied for by then-Congressman Lyndon Baines Johnson. Built during an era of segregation, Rosewood Courts is the first African American public housing in the United States and sits on the original Emancipation Park site.

The barrack-style complex was built with cinderblock walls, no central air conditioning, and constructed during a time when accommodations were not made for wheelchair accessibility. Despite the best efforts of maintenance staff, the buildings at Rosewood are now well beyond their useful life cycle. The residents living at Rosewood Courts deserve the common decency to feel pride in where they live.

Since 2012, HACA has worked closely with our residents, our Rosewood neighbors, and our community partners to create this new vision for affordable housing in Austin.

A Preview of the NEW ROSEWOOD

The newly re-imagined Pathways at Rosewood Courts will provide more deeply affordable housing for residents with essential modern amenities. At the same time, we will also take care to honor the past and history of this property by preserving and restoring eight original buildings. New Rosewood will feel open, safe and beautiful with a new community green space, expanded parking, and an exciting opportunity of affordable homeownership for first-time homebuyers.

A successful new Rosewood is one built on community support and feedback. Current resident living at Rosewood have waited along time for a new home. Please watch this video Rosewood Courts: Now is the Time to hear from the residents, and gain a better understanding of why this redevelopment is so needed.

We also need to hear from you. Please contact HACA with any questions or comments regarding the new plan for Rosewood Courts. You can send an email to rosewoodnow@hacanet.org, or leave a comment HERE. Thank you!

Through HACA’s partnership with Austin Habitat for Humanity, qualified residents will have several opportunities to purchase their first home at Rosewood Courts.  For over 35 years, Austin Habitat for Humanity has been helping hardworking families achieve their dream of homeownership, and they look forward to this opportunity to help families at Rosewood.

To learn more about the Rosewood Homeownership Program visit hacanet.org/rosewoodhomes. 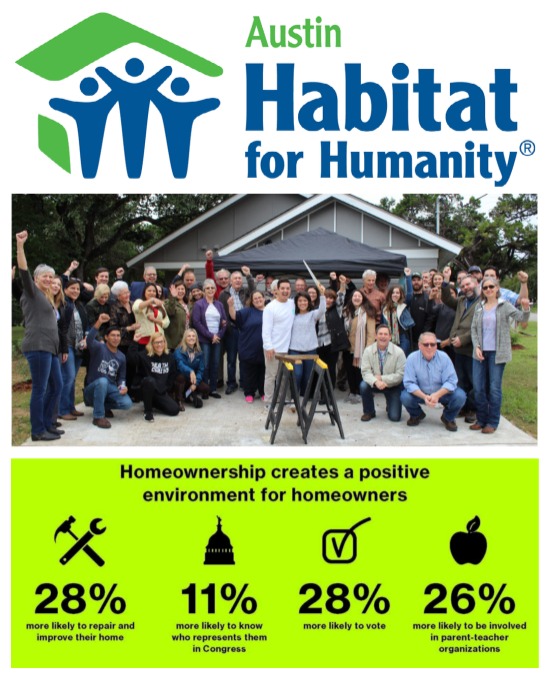 The success of Rosewood Courts depends on an ongoing strong connection with the community. We need to hear from our community partners and neighbors with ideas on how Rosewood can continue to help the most people on their journey to self-sufficiency.

HACA hosted several online community engagement events, and an in-person event for the residents of Rosewood Courts in 2021. The purpose is to stay connected to the residents and the greater Rosewood community for feedback and suggestions on the future of this property.

On June 17, 2021, HACA had an in-person, socially distant get together with the residents of Rosewood Courts, allowing them to ask questions, and give their ideas on what features they’d like to see in the next phase of their property.  You can view photos of this event HERE. 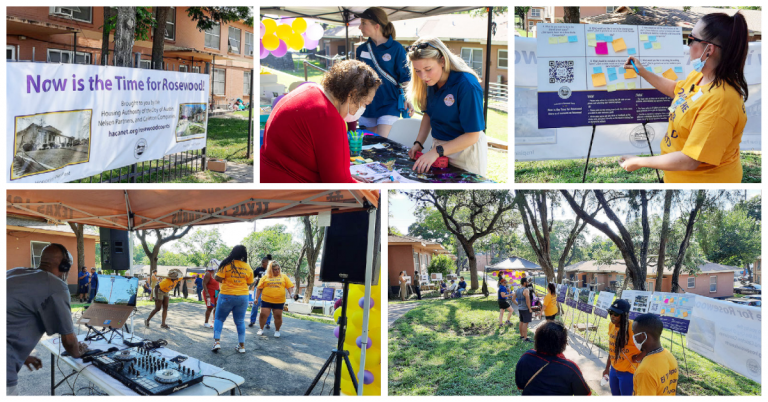 On June 29, 2021 HACA hosted a virtual community workshop, giving community partners and the public the latest updates on Rosewood, and allowing time for conversation, questions, and collaboration. You can view a recording of this workshop at the video below: