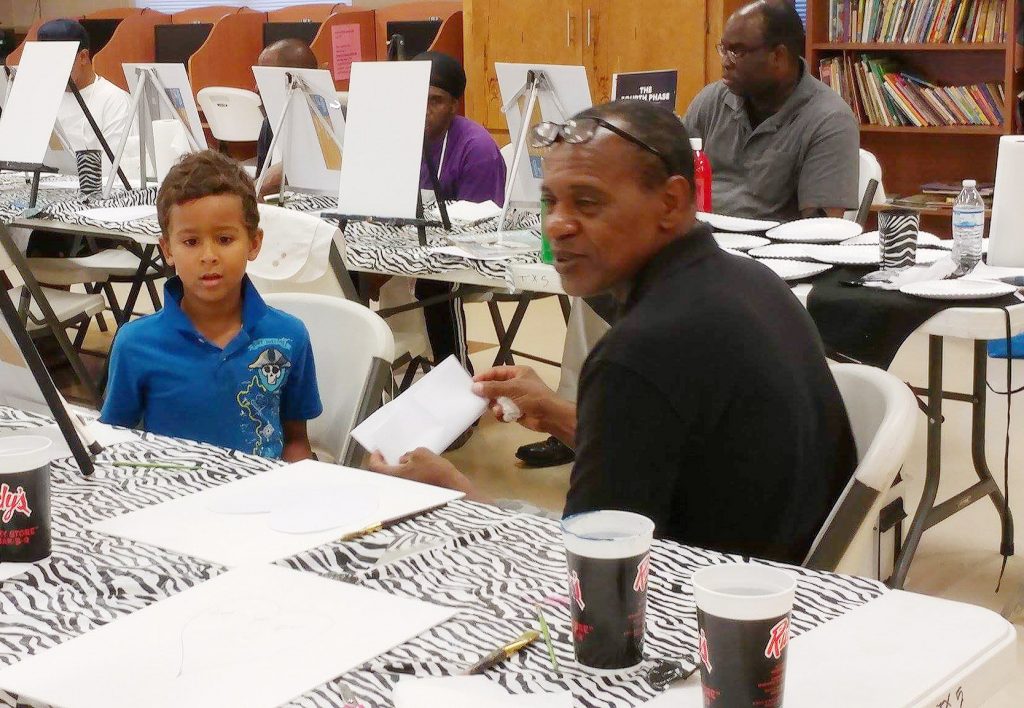 As a single father of a special needs child, Housing Choice Voucher client and Family Self-Sufficiency program participant Robert Sykes was in need of support.

Robert instantly found what he was looking for in I-DADS (Involved Dads of Action, Developing and Succeeding), a HACA program designed to encourage fathers and father figures to recognize the importance of being active in lives of their children.

“It was nice because my son and I could get out of the house together,” Sykes said. “We could spend time in a place that was good for both of us. It helped me a lot because there were other men who were dealing with some of the same issues that I was going through – They understood.”

The I-DADS program usually has six to 12 men who attend two classes a week for five consecutive weeks. Participants work with Isaac Rowe, the founder of The Man in Me, to develop skills and resources to improve their finances, health, communication and job skills; anger management, making positive choices, developing self-esteem and confidence, and being a positive role model.

The program also hosts a men-only field trip and a family focused graduation.

As Robert Jr. spent time coloring and playing, Robert Sr. was learning skills that were helpful to his life as a father, sharing experiences with other men and being encouraged to continue planting seeds of love into the life of his son.

“His mother isn’t involved in his life, so it’s just me,” Robert Sr. said. “It’s hard sometimes. Robert Jr. gets frustrated because he has special needs. It’s just really nice to be in a place where we can be together, but I can learn more at the same time.”

The night of the I-DADS graduation last month at Booker T. Washington Terraces in East Austin, men in Sykes' I-DADS cohort, along with their families, celebrated completion of the program by taking part in a Family Paint Night.

Robert Sr. and Robert Jr. sat together in front of their canvases and worked together to paint what was in their hearts. This is the spirit of the I-DADS program – imperfect men committed to the journey of being a good influence in the lives of their children, and a child having a hero – Dad.