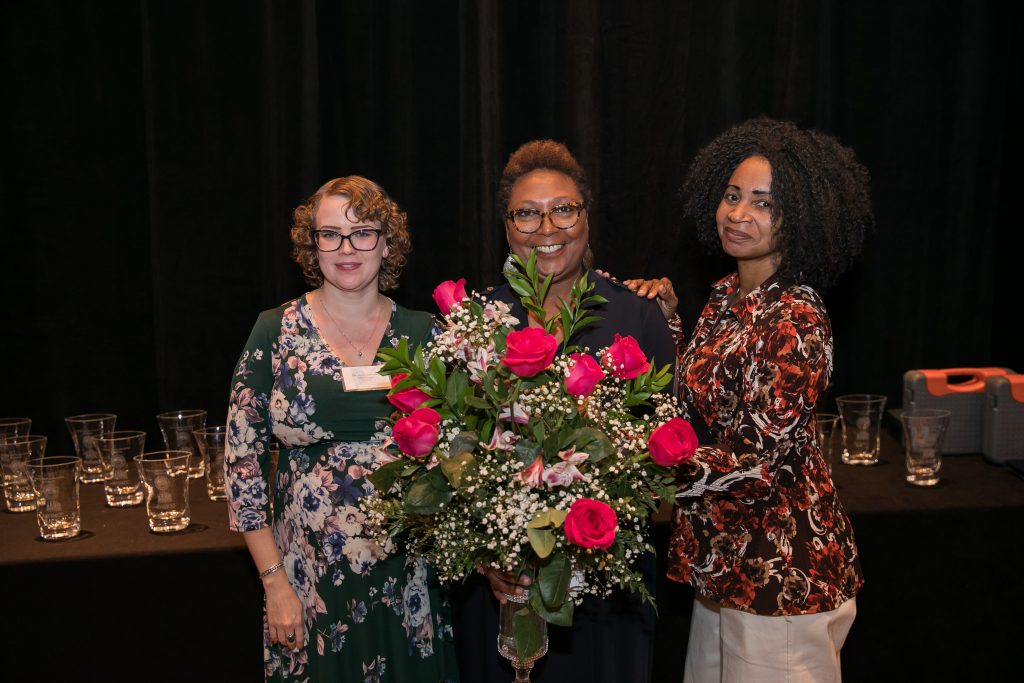 In the early 1990s, former HACA Housing Choice Voucher (HCV) client De Shaun Ealoms was in a financial crisis. At the time, she was the single parent of a son, Jonathan, who was diagnosed with autism at age 18 months.

“I was struggling – almost to no avail – just to keep us both safe,” Ealoms said. “Meanwhile, working and going to school was almost impossible. I honestly don’t know how I would have made it without the support of my family. It was a chaotic and unpredictable time.”

Ealoms also had the support of HACA’s Family Self-Sufficiency (FSS) program. She entered the FSS program in January 1996, at a time when only about 5 percent of HACA public housing residents and HCV clients were enrolled in FSS.

HACA recently celebrated its 20th Annual FSS and Homeownership Recognition Luncheon. To date, more than 250 participants like Ealoms have graduated from the FSS Program. In addition, 104 graduates have purchased their own homes through the agency’s Homeownership Program.

HACA’s FSS program equips residents with the tools and knowledge they need to achieve housing and financial independence. Services include education, workforce, health and life-skills programs, bolstered by access to child care, transportation and other support. Participants accrue escrow savings funds as their earned income increases, which are then used to support education, homeownership, debt repayment or other self-sufficiency goals.

Ealoms, who graduated from the FSS program in 2001, told the HACA residents, elected officials, FSS members and staff at this year's luncheon that HACA provided her with the opportunity to work part time while earning her bachelor’s degree in sociology from Huston-Tillotson University, and gave her the incentive she needed to work toward owning her own home.

She used her escrow account funds to pay the closing costs toward the purchase of a home in Kyle, Texas, where she still resides after more than 15 years. Jonathan, now in his early 30s, lives with a personal caregiver in the Austin community and is happy and thriving. He comes home often to spend quality time with his mother.

“My son’s disability sent me on a life-altering journey with bouts of deep despair, physical and spiritual exhaustion, and being pushed to my limits,” Ealoms said. “I now realize my son’s disability is part of the greater plan – One that would force me to grow and expand and discover my gifts and my abilities which would serve me as I began living out my God-assigned purpose.”

Ealoms went on to earn a master’s degree in special education from Texas State University. She currently serves as a Parent Program Specialist for Child Protective Services (CPS) at the Department of Family and Protective Services. She is a member of the Autism Society of America, and is a staunch advocate for youth in the CPS system.