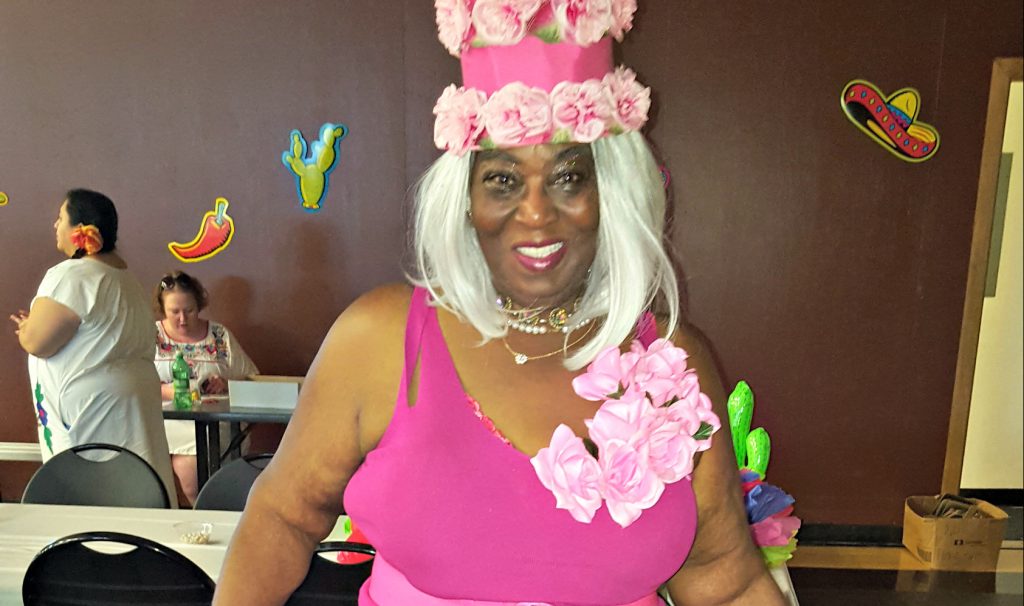 HACA Resident Inspires Others Through Passion for Community Service

Some residents and staff members know her as HACA’s best-dressed resident, but 74-year-old Bessie Hawkins is more than a pretty face and a great wardrobe.

Bessie is a published poet, the proud mother of a three-time Super Bowl champ, and a decorated community leader.

Bessie has lived at North Loop Apartments for about seven years. She recently moved back to the senior property after temporarily relocating to Thurmond Heights while North Loop underwent Rental Assistance Demonstration renovations. Bessie said she is thrilled with her new home at North Loop.

“The new apartments are beautiful,” she said. “When I lived on the first floor, my view was blocked by the other building. I’m on the end of the fourth floor now, and I have a view!”

Bessie moved to Austin from northern California in 2009 to be near her daughter, a special education teacher in Pfluggerville.

Bessie said she was invited to live with her daughter, or her son – former San Francisco 49ers defensive lineman Bubba Paris – but living at a HACA property allows her to be independent.

Bessie had knee surgery soon after she arrived in Austin, and she still suffers from chronic pain. But that doesn’t stop her from getting involved.

Bessie received the key to the City of Louisville in 1970 as recognition for excellence in community service. At Thurmond Heights, she put her leadership skills to use by serving as Resident Council secretary. She and a neighbor also started a Thursday-night Bible study group.

Now that she’s back at North Loop Apartments, Bessie is looking forward to continuing her work in the community.

“The key to being a community organizer is to not be intimidated by someone who knows more than you do,” Bessie said. “I’m like a cheerleader. When you see someone’s got a talent, you’ve got to push it up.”

Bessie’s other interests include water aerobics at the local YMCA and art. She saw her first opera and ballet while volunteering as an usher at the Long Center for the Performing Arts. In 2012, her poem Caged was published in Transcend Silver Voices in Ink.

She has nine accomplished grandchildren, including a pilot and a lawyer.