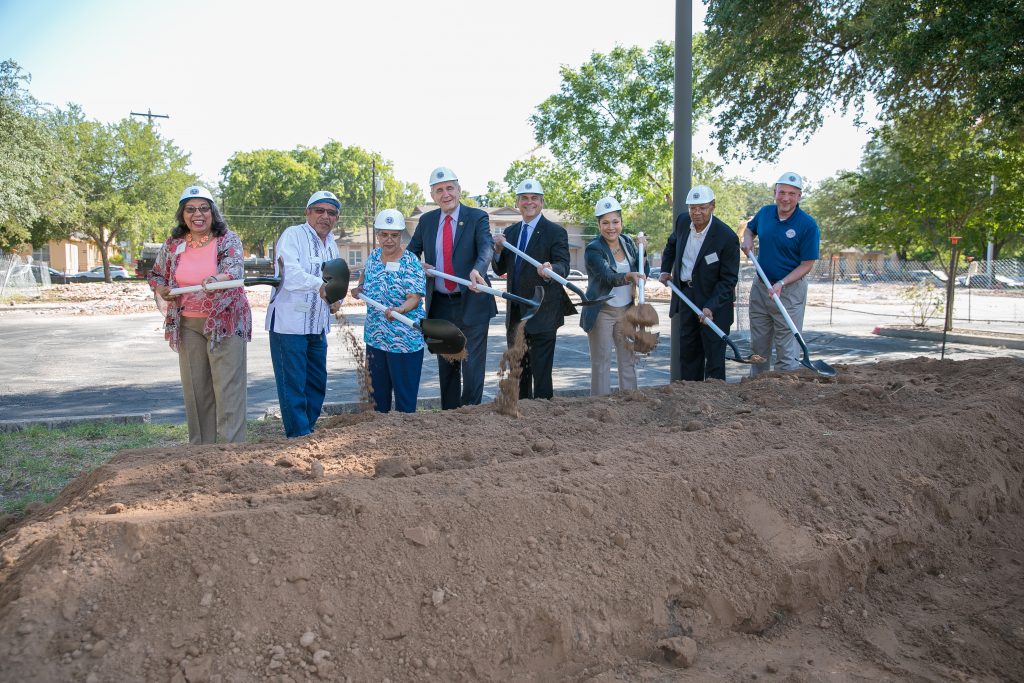 The new construction replaces HACA’s former Central Office building built in the 1980s and will be a state-of-the-art development with modern amenities including central air conditioning, a fitness center, and a laundry facility, to meet the needs of Austin families.

“Pathways at Chalmers South represents the first phase of a four-year process to redevelop Chalmers Courts – a housing community that was built more than 80 years ago,” said Michael Gerber, HACA president and CEO. “We are nearly doubling the total number of units at Pathways at Chalmers to house more Austin families. This construction is among the more than $125 million being invested in the Austin community through HACA’s participation in HUD’s Rental Assistance Demonstration (RAD) program.”

Pathways at Chalmers South will feature brand-new electrical and plumbing systems and include larger two-, three-, and four-bedroom units for families and people with special needs. The new Pathways at Chalmers housing community will be completed in three phases:

When complete, the Pathways at Chalmers housing community will add nearly 400 affordable units to the Austin rental market. Residents will also have access to onsite workforce development, educational, and health and wellness services provided by various community partners.

“Our phased approach to construction just across the street from residents’ current dwellings allows a smooth transition for families to move into their new homes,” adds Printice Gary, partner, principal and CEO of Carleton Residential Properties. “Since the new development is nearby, children can continue to attend their neighborhood schools facilitating the change, while strengthening the deep community ties.”