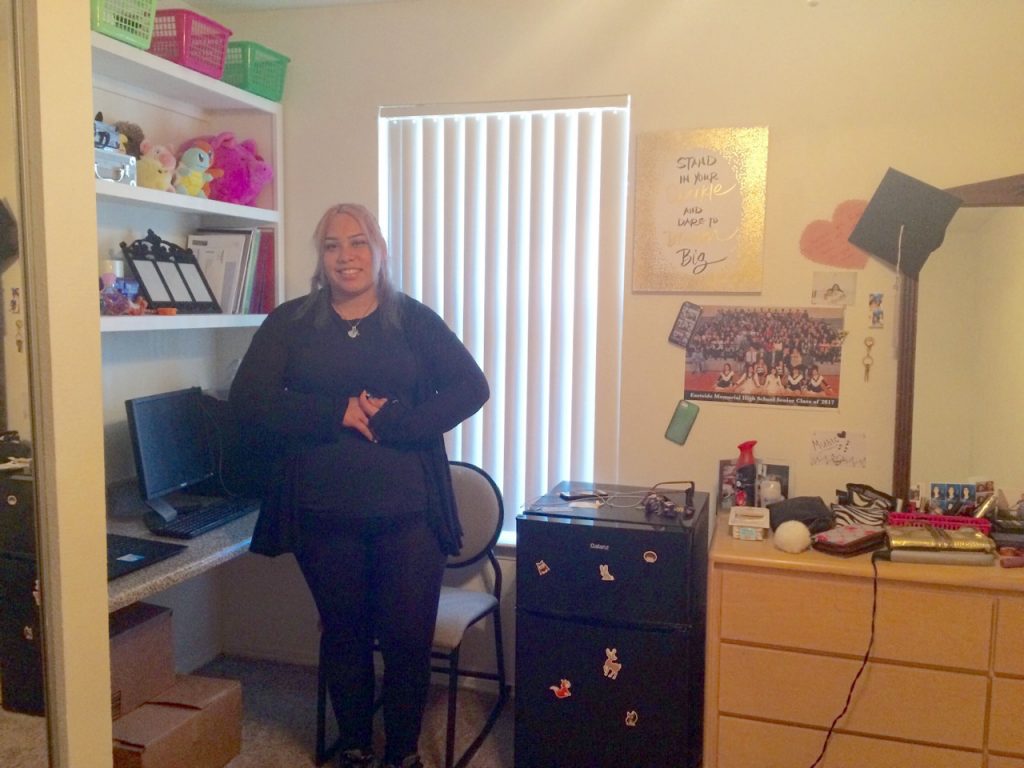 Former Public Housing Resident Thriving After Participating in Jobs Plus

With the help of Jobs Plus ATX, former HACA resident Sonia Segura reached her self-sufficiency goals while also encouraging her neighbors to be successful.

Sonia, 18, has moved out of Booker T. Washington Terraces, (BTW) and is now renting a student apartment in the private market. Sonia has also opened a checking account and is working on building her credit.

“Jobs Plus has helped me with seeking employment while in their program and I just got recently hired at the Fairmont Hotel and started attending Austin Community College,” Sonia said. “I would encourage others to go through the Jobs Plus Program because everyone is very friendly and they give you the resources you need to succeed.”

Jobs Plus ATX Career Coach Nancy Garcia first met Sonia about a year ago when she was sitting on a bench outside of the BTW Community Room after school.

Sonia was shy and quiet, but Nancy and the Jobs Plus ATX team recognized Sonia’s potential, and asked her if she would be interested in volunteering for an incentive event called Spring Bling.

“Sonia has always been committed to serve her community,” Nancy said. “She has really blossomed over these past 12 months, and has shown a true passion for helping others at BTW and Chalmers Courts.”

Sonia later accepted Nancy’s invitation to become a Jobs Plus ATX Community Liaison. She even got the opportunity to attend a Jobs Plus conference in Washington, D.C.

Jobs Plus ATX is a U.S. Department of Housing and Urban Development program designed to completely immerse public housing residents at BTW and Chalmers Courts with the knowledge and tools they need to work their way toward long-term employment and self-sufficiency.

Participants receive incentives for getting and sticking with a job. By signing up for Jobs Plus ATX, residents become eligible for Jobs Plus Earned Income Disregard (JPEID). When a resident is on JPEID, 0 percent of their wages from new employment or an increase in earnings at current employment are counted when calculating rent.